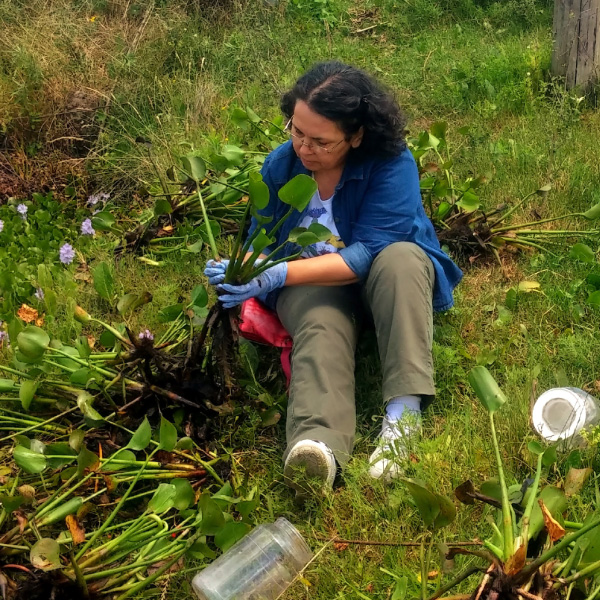 My studies are related to biological control of South American aquatic weeds that are invaders outside of Argentina.

I look for insects associated with weeds that are likely to control the invasive plants. The identification of the insects, and in-depth knowledge of their biology and behavior will help to confirm the results of laboratory tests on the fidelity of an insect to its host plant.

I have discovered, or participated in the discovery of 11 species of insects new to science, described their morphology and biology as well as evaluating numerous species as candidates for biocontrol.

My areas of expertise include: Botany and Entomology (taxonomy and biology); methodology for sampling aquatic environments, for breeding insects in the laboratory and for carrying out specificity tests; and in microscopy techniques for morphological studies of insects and plants.